Ok, well today I pulled off the impossible. I managed to wrangle live musicians, hire an orchestrator that used to work for Bear McCreary, built up the confidence invite my friends and live streamed the entire performance of this experience.

No one in the school has done this before. At the concert, I had some world premieres. It was the first time the world heard “A Different Color” live, the first time I conducted the “Deity Quest” mini suite and the first time I did a music demo pitch to From Software. In addition, my first live jazz arrangement to the NES classic “Deja Vu”. During “A Different Color”and “Deity Quest” someone was playing the game in real-time to the music that was being played live on stage. Normally, people just write the music they wrote, sync it to video and play it. I didn’t want all of that. I wanted it to be unconventional yet enjoyable. Based on the turnout, the help, the response and my first standing ovation, I believe it was. 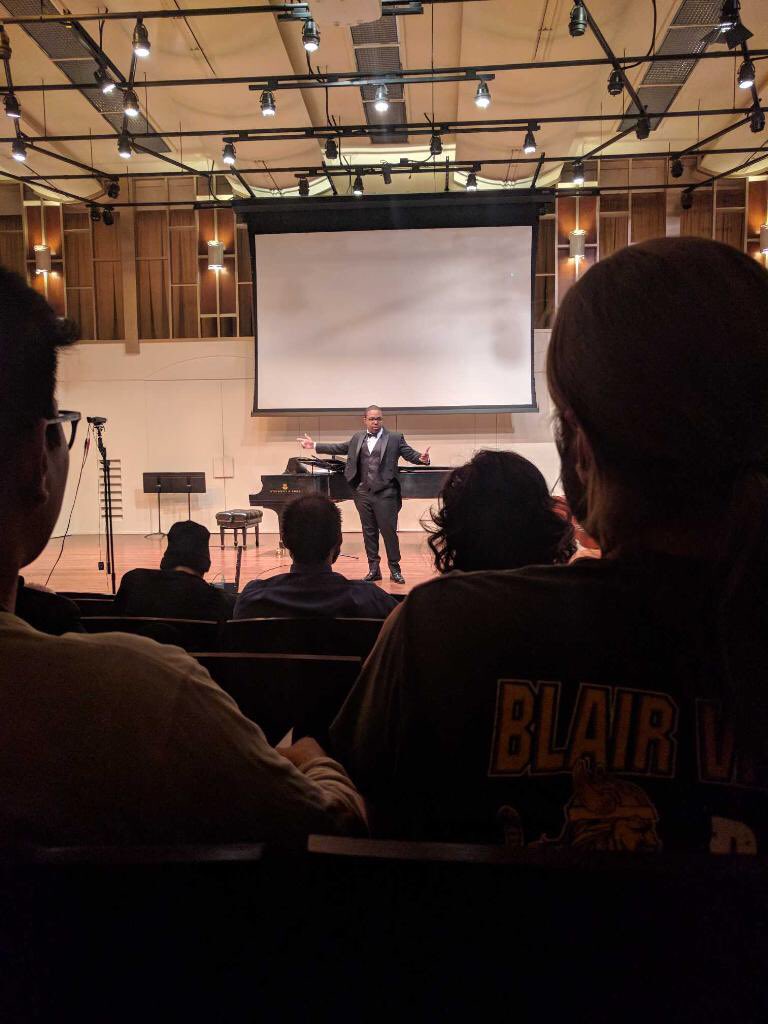