I am exuberant to finally share that Sweetwater, the music gear conglomerate, has released a video game history article and has featured me in it!  It’s crazy to think see and believe that I have been included and featured in this article about video game music on the Sweetwater, music gear behemoth, website.

There is a certain status that you receive when you are featured in an article like this set in the time. Sometimes ideas that are obscure and overly ambitious are the best surprises when it comes to fruition. It was an idea to be featured as a video game composer in the Sweetwater catalogue discussing anything about video game music composition. I felt it would be unique and different if I could share specific gear I used in game projects that I scored. 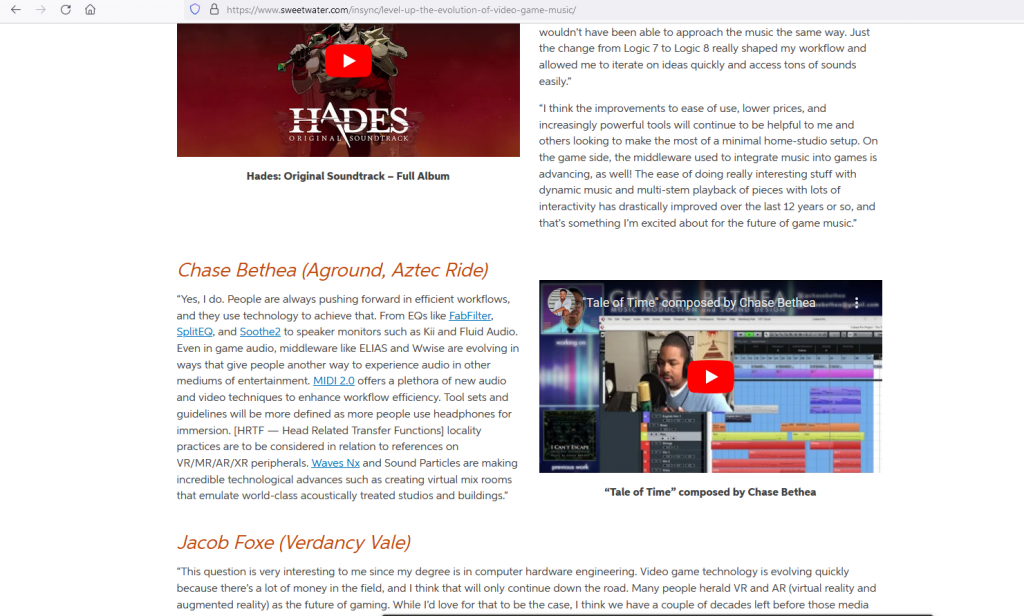 I did a full interview explaining my perspectives on how Video Game and Music Technology have evolved quite a bit in the past decade. Do I think technology will evolve even further? If so, where do you think it will go? What turned out was a whole article discussing the evolution of video game music with excerpts from my interview.

Again, a super great milestone to achieve that spawned from a small idea. You can read the full article here.